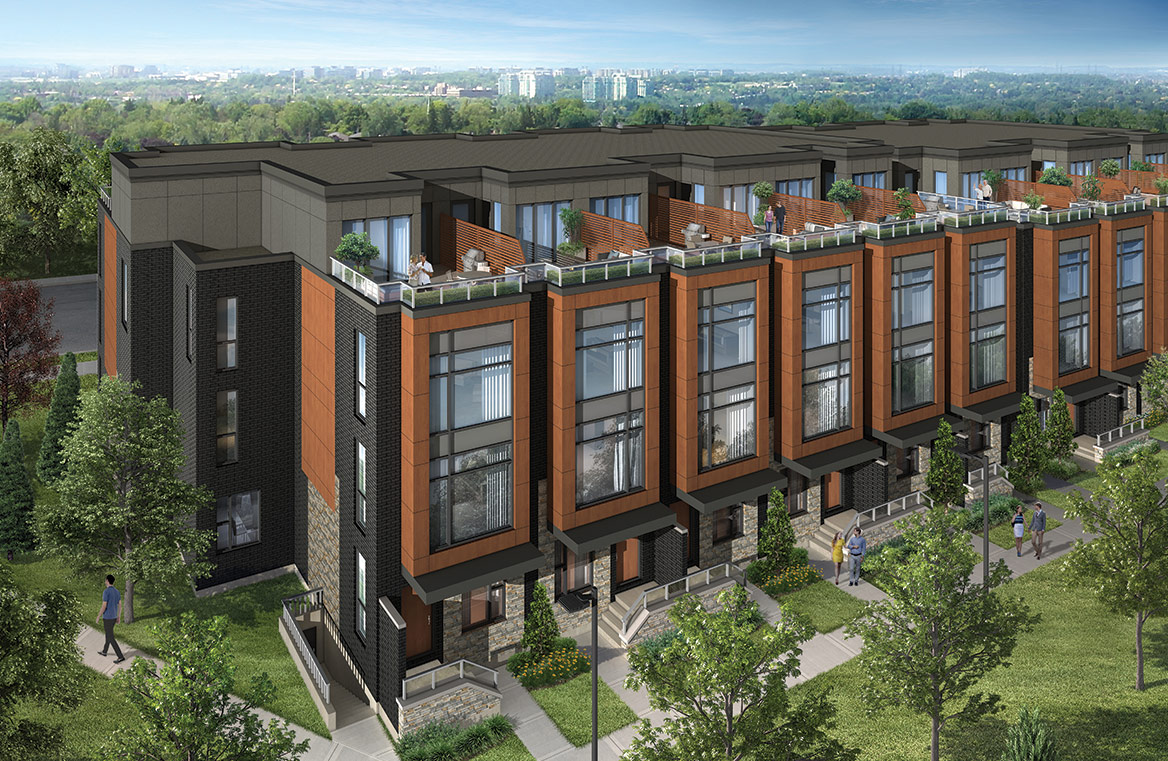 DECEMBER/JANUARY 2019
Condolife Magazine - The Spotlight
i2 Developments has launched Phase Two of Southside Townhomes, a limited edition of just 109 luxurious, contemporary homes, each with its own private rooftop terrace and underground parking space.

Southside is one of the newest communities being built on the footprint of Uptown Brampton, which is part of the city’s Vision 2040, a long-term plan that will re-invent Brampton, which includes such key transformations as complete living (including model new neighbourhoods); everything connected (transit network, new core loop, walking and cycling networks); beauty brought back (streets for people, trees everywhere, designed communities, handsome buildings); and nature brought back (new eco-park and sustainability built into everything).

“Southside Townhomes in many respects complements Brampton’s Vision 2040 with our emphasis on walkability, with cars parked underground, ready access to public transit – including the future Hurontario LRT — and nature at your doorstep, with parkland situated right next to our community,” observes i2 Developments vice president Sam DeCaria.

The four floors (with the potential of five floors if owners elect to finish the basement) of these three- and four-bedroom townhomes range in size from 1,645 to 1,840 square feet with prices starting at $679,900.

Located at Steeles Avenue West and Hurontario Street, the community is in a superb location with all neighbourhood amenities already in place.

In addition to Vision 2040, Brampton is poised to undergo extensive revitalization in the near future. The city is working toward creating an aesthetically pleasing streetscape around its historic Four Corners in its downtown core. The project is underway to reimagine streets that will bring together pedestrians, cyclists and motorists in a safe and sustainable manner.

Also, the province has announced a significant education infrastructure project that will transform Brampton including the establishment of a new Ryerson University campus, with Sheridan College as an academic partner, in downtown Brampton.